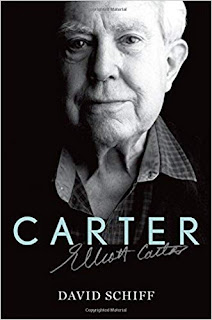 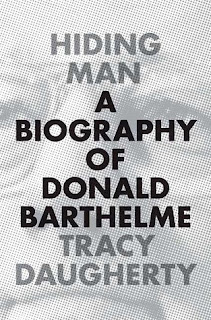 These observations from my friend Nancy Sudik, who was having some problems posting them:

Aug. 23 - This was an interesting blog and I thank the author, Joe Barron. I was mostly unfamiliar with the Barthelme but I checked my local library and sure enough, they have a large collection of his works. So now I have some new additions to my reading list - thank you, Joe.

Also, and most important to me, I had previously listened to Carter's "Concerto for Orchestra" and have to admit that I didn't care for it. However, after reading Joe's blog, I tried again. It's been many years since I last heard the piece and like most people I have changed. This time around, I enjoyed the piece very much. I would probably have never thought to listen to this Carter piece had Joe not mentioned it.

As for Barthelme being the perfect librettist for Carter, I guess I'll have to read some of his stuff first.

I was curious that Phil Lesh considered the horrible year of 1968 to be representative of the Concerto. I don't know about that. That's kind of an insult to the Concerto.

Thanks for your thoughts, Nancy. I don't think Phil intended to insult the Concerto. What he meant, I think, was that the piece perfectly captures, for him, the turmoil and unrest of that year, the sense that winds of change were blowing across the land.