All on the plains of Mexico, and "Sleigh Ride" watch begins 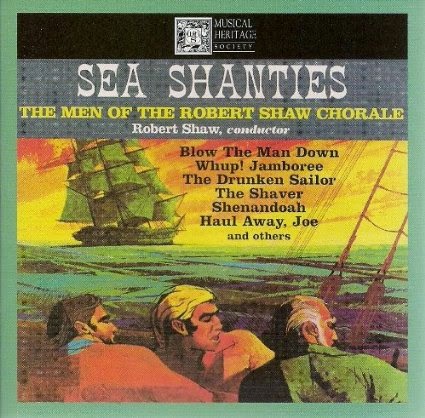 I came across this CD this afternoon quite unexpectedly at the Plymouth Meeting Mall and decided I had to have it. (It was a struggle with my conscience, believe me.) I have the same release on an old pre-recorded cassette (remember those?), but I had not listened to it in a long time, and I thought for the sale price, I was due an upgrade. I'd forgotten just how beautiful it is. "Lowlands," "Shenandoah" and "Santy Anna" still give me chills. I remember years ago, when I bought the cassette, the clerk at the store in Greenbelt, Md., with whom I was friendly, gibed me a bit for what seemed to her like a silly purchase. This was in the mid-1980s, but I swear, this recording holds up much better than any of the big hits released at the time.

In other news, while I was making up my mind about the CD, I heard LeRoy Anderson's "Sleigh Ride" for the first time this holiday season, played over the store's audio system. It is now officially Christmastime, This was a version I hadn't heard before -- a straight up rock instrumental. I wish I knew who did it. (A search of YouTube turned up nothing.) Then, after Glenn Miller's "String of Pearls" with some added holiday lyrics, "Sleigh Ride" came on again, this time in a more traditional vocal performance.  I did't recognize the singer, but let's face it: there are too many versions to keep track of them all. A double dose in one afternoon was almost too rich. I'll be fixed for the next few days.
Posted by Joe Barron at 9:47 PM 1 comment: