The Detroit Symphony is scheudled to perfrom the four symphonies of Charles Ives at Carnegie Hall in May 2013.

I find myself on the horns of a dilemma. To go or not? On the one hand, this is an opportunity to hear some of my favorite music all in one sitting at what is, acoustically, my favorite concert hall. On the other hand, the conductor will be Leonnard Slatkin.

And I see this blog now has six followers. How did that happen?
Posted by Joe Barron at 9:04 PM 4 comments:

Whoa-oh-oh-oh on the radio

Thanks to WPRB Princeton for broadcasting Nielsen's great Clarinet Concerto this morning. The beautiful, round-toned reading by the soloist, Hakan Rosengren (with Esa-Pekka Salonen conducting the Swedish Radio Symphony Orchestra) brightened up my commute and put me in a wonderful mood that lasted until the moment I walked into the office.

Once I sat down, nothing could save me.

The Nielsen was so good it almost made me forgive the station for the godawful prep school recording of HMS Pinafore that Teri Noel Towe subjected the region to last Friday, complete with updates on where all his fellow preppie cast members are now. (News flash, TNT: Nobody cares.) He made me want to shoot myself, or him. I can usually put up with the pedantry and the shameless namedropping because he does play some extraordinary historic recordings, but if the music sucks, too, controlling one's temper is a wasted effort.
Posted by Joe Barron at 5:59 PM No comments:

The folk trio with two names — Kinagree Smith — played two sets last night at Flying Fish in Chestnut Hill, Philadelphia. The venue is the second floor of Roller’s restaurant on Germantown Avenue. (The official name is Flying Fish at Roller’s, which can make for some awkward prose. The link to my preview article is at left.) Personnel were Jack Kinagree and Lexi Smith on guitar and vocals, and my old friend Ira Segall, whom I’ve known since I delivered the Philadelphia Bulletin to his parents’ home, on Third World finger percussion.

Ira’s a latecomer to the band, and, as Jack explains in the article, the reason the name hasn’t been expanded to Kinagree Smith and Segall is that it sounds too much like a law firm.

I don’t follow the world-folk scene, but a band this good could convince me to start. The love lyrics could be banal — of the you-complete-my-soul-and-your-kisses-give-me-life variety — but the two, four-song “suites” from the band’s forthcoming CD were genuinely touching. And boy, can Jack and Lexi sing.

My favorite number, as I think everybody knows at this point, was Jack’s “My Folk Music (Wants to Kick Your Ass),” Jack’s anti-ode to the clichéd notion that folk music is warm, fuzzy, politically committed, environmentally aware, spiritually comforting, and so … Joni. He turned it into a sing-along, which was perhaps unfortunate, because I didn’t know the lyrics well enough to join in, and the song works well enough on its own. But that’s a niggling complaint. It’s a great song.

Ira was the Harpo of the group: he didn’t join in the vocals (a good thing too, buddy), and he seemed rather aloof, sitting off to the side and keeping his body still, moving nothing but his fingers as he played. The exotic instruments — mostly chimes, Arab and Nigerian drums, Tibetan singing bowls, and those little Indian cymbals — provided an unobtrusive underpinning of thumps, clicks and pings. In the small space, they didn’t overwhelm the guitars or the vocalists, as a standard set of jazz drums would have. Lexi referred to the effect as “texturing.”

At the start of the second set, Ira also performed a short percussion solo, expanding his arsenal to include gongs, drums and a Pakistani frame drum known as the tar, which resembles an embroidery loop 30 inches in diameter. For a little while, I was back in my comfort zone — the familiar sound world of Crumb and Cage — which suited me just fine.

Attendance was small, unfortunately. Lexi says live turnout is always a problem when your fans have come to know you primarily through the Internet and they’re scattered all over the world. Then again, the little dining room wouldn’t have held too many more people.
Posted by Joe Barron at 10:59 AM 6 comments: 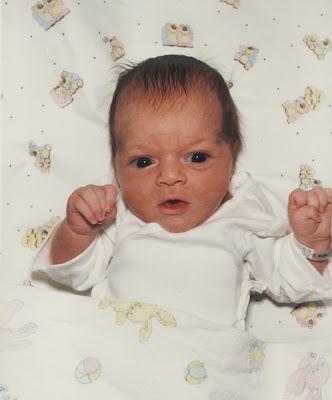